This Outer Hebridean (10 night) cruise will, if the weather is kind, give us time to explore fabulous St Kilda; the Shiant Isles; and many dramatic islands of the Outer Hebrides. Our starting point is Oban, the gateway to the western Scottish Islands.

Our ultimate destination is Village Bay, Hirta, on the archipelago of St Kilda  - a UNESCO world heritage site. Hirta is the largest of the four islands in the St Kilda group and was inhabited for some 2000 years before the villagers were evacuated in 1930, never to return.

The sea cliffs (the highest in the UK) of the St Kilda islands rise dramatically out of the Atlantic and are the protected breeding grounds of many different sea bird species (gannets, fulmars, Leach's petrel, which are hunted at night by giant skuas, and puffins). These thousands of seabirds were once an important source of food for the islanders. The breathtaking islands of Soay and Boreay have rare, ancient species of feral sheep and the St Kilda wren and field mouse are both unique sub species.

The Shiants, which we visit on the way back, are home to thousands of seabirds with a puffin population of over a quarter of a million!

During this Scottish cruise our small ships will anchor in scenic, lonely islands, in tranquil bays and, throughout the trip, we will see incredible wildlife - soaring sea and golden eagles, many species of sea birds, basking sharks, orca and minke whales, porpoises, dolphins and seals.

Oban: Your departure point will be Oban (Dunstaffnage Marina), the gateway to the Hebridean isles. After a short introduction to life on board our small ship we will set sail to our first destination.  Afternoon tea will be served en-route.

Tobermory: One of the most picturesque towns in the Hebridean Isles with its famous whisky distillery and colourful waterfront. You can wander along the streets, visit the delightful local museum, perhaps watch a pipe band, admire the wooden fishing boats and take in the long history of this lovely village.

Rum, the Small Isles: Rum Island is a National Nature Reserve and famous for its herds of red deer and sheer sea cliffs which are home to nesting sea eagles.

Castlebay, Barra: Castlebay is a little village on the island of Barra of the Outer Hebrides. Castlebay was where much of the film Whisky Galore was made about the WW II stranding of the S.S. Politician in Eriskay Sound with her cargo of 260,00 whisky bottles! Castlebay was once an important herring curing station and near our anchorage, surrounded by water, is Kisimul Castle, the ancient seat of the MacNeils of Barra.

Hirta, St Kilda: If the weather is kindly we up-anchor early and head out through the Sound of Pabbay for Hirta, St Kilda. Two nights at anchor on Hirta and a day ashore.

Lochboisdale, South Uist: If the Atlantic is being too unfriendly for St Kilda, we will head to our next quiet anchorage in Lochboisdale on South Uist. We can explore the incredible endless beaches and flower-rich Machair of the islands of South Uist, Benbecula and North Uist.

Shiant Isles: The so called ‘enchanted’ or ‘holy isles’ in Gaelic, they live up to their name. Situated between Lewis and Harris and northern Skye they are a haven for birdlife. They were once owned by Compton Mackenzie who wrote the famous novel Whisky Galore.

Loch Dunvegan: The famous Dunvegan Castle is built on a high rock overlooking the Loch which was the site of an old Norse fort. The castle has been home to the chief of the Clan MacLeod for hundreds of years.

Loch Drumbuie: Just south of Oronsay island, another Inner Hebridean island, lies secluded Loch Drumbuie. A squeeze between high sided cliffs and we are in a perfectly sheltered anchorage. We can spend a tranquil night here. 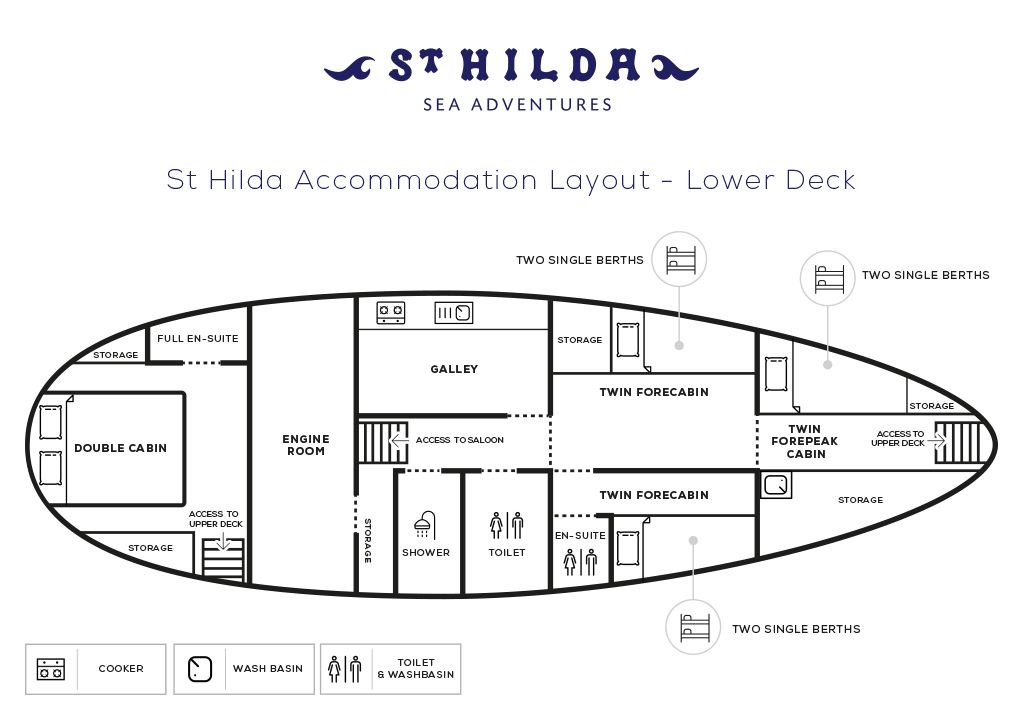